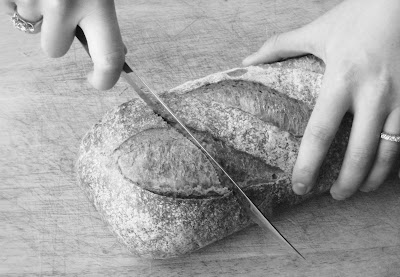 Thomas and I are fortunate enough to have traveled to France a number of times. As seen here, we are complete Francophiles. While he speaks impeccable French, I, on the other hand, always manage to blow his American cover with what I like to call my “menu French.” He always ends up shaking his head or laughing with the snooty waiter whenever I ambivalently order at a café or bistro. My “menu French” has its advantages, though, as it has introduced me to the wonderful world of French food. It’s not as intimidating as you might imagine. In fact, I find pronouncing the dishes way more challenging than actually cooking them. 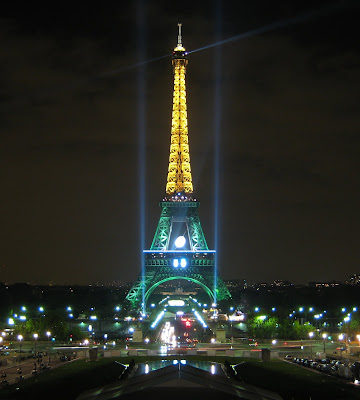 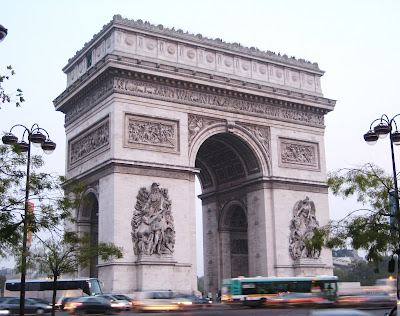 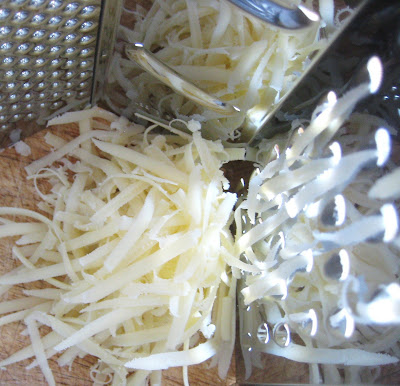 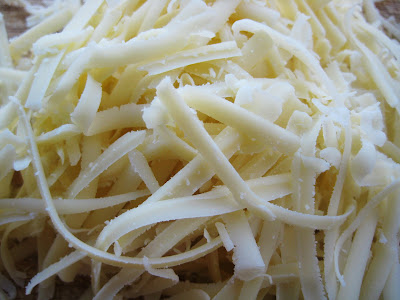 For my Caesar Croque Monsieur, I’ve replaced the typical Béchamel sauce with Caesar dressing. I know, I know. Caesar dressing isn’t very French (quelle horreur!), but just trust me on this one - c'est magnifique! The absolute best part of this glorified sandwich is that it’s not only easy to pronounce, but it is also easy to make (and eat!). 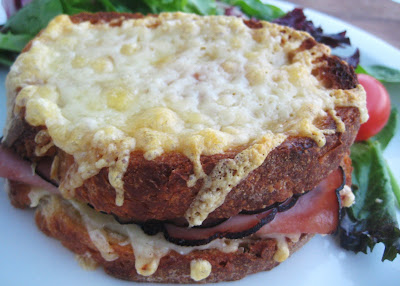 Preheat broiler. In a large oven-safe skillet, melt about a tablespoon of butter over medium high heat. Spread one side of all bread slices with Caesar dressing. Place two slices of bread in the skillet, dressing side up. Top each with 2 ounces of ham and about half of the Gruyère cheese. Top with the other two bread slices, dressing side down. When the bottom bread slices are golden brown, carefully flip the sandwiches. Immediately smother the sandwiches with the remaining Gruyère, and then place the skillet in the oven under the broiler. The bottom slices of bread will continue to cook while the cheese topping will brown beneath the broiler. Broil for about 3-5 minutes until the cheese is golden and bubbling. You can top the sandwiches with fried eggs to make croque madames, if you’d like. Bon appétit! 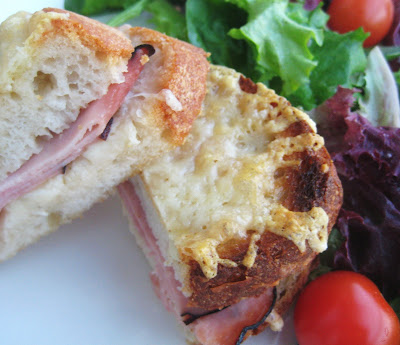 Sounds wonderful - and easy---which are a great combination! Thanks for sharing!

This Caesar Croque Monsieur looks so unique and tasty! Especially with some homemade Caesar dressing with lots of garlic (my fave!). Thanks!

Tanya, good call with lots of garlic! I wish that I added a bit more when I made the dressing. Hope you like it!

I made this for breakfast yesterday. It tasted as amazing as it looks.